Sysdoc at the European Business Awards 2017

On Thursday, 4th May, the 10th annual European Business Awards were held in the beautiful city of Dubrovnik. The Awards were presented at the Grand Final, and this year, Sysdoc was an official partner of the ceremony. Attendees at this prestigious event included prominent business leaders and ambassadors from across the continent.

British Ambassador to Croatia, Andrew Dalgleish, presented the Lifetime Achievement Award to Vjekoslav Majetić, founder of Dok-ing in 1991.  Majetić was driven by a desire to ensure that machines rather than men would complete the task of clearing the landmines, deployed extensively in Croatia during the War of Independence. His remote controlled mine clearing devices have received national and global acclaim.

Katherine Corich, Sysdoc Founder, presented the award for the European Business of the Year, in the category of EUR150 million and above. After delivering a short speech to the nominees, Katherine was delighted to announce the winner, AB Vassilopoulos. AB Vassilopoulos is a supermarket chain based in Greece, and has grown significantly to become one of the biggest players in the Greek retail economy.

The 11 category winners went through a process of written submissions, video entry judging and face-to-face interviews, and were shortlisted as one of 636 National Champions and 110 Ruban d’Honneur recipients before reaching the final. Sysdoc’s UK CEO, Clare Hill, who was also in attendance, was part of the multinational judging panel for the second year running. 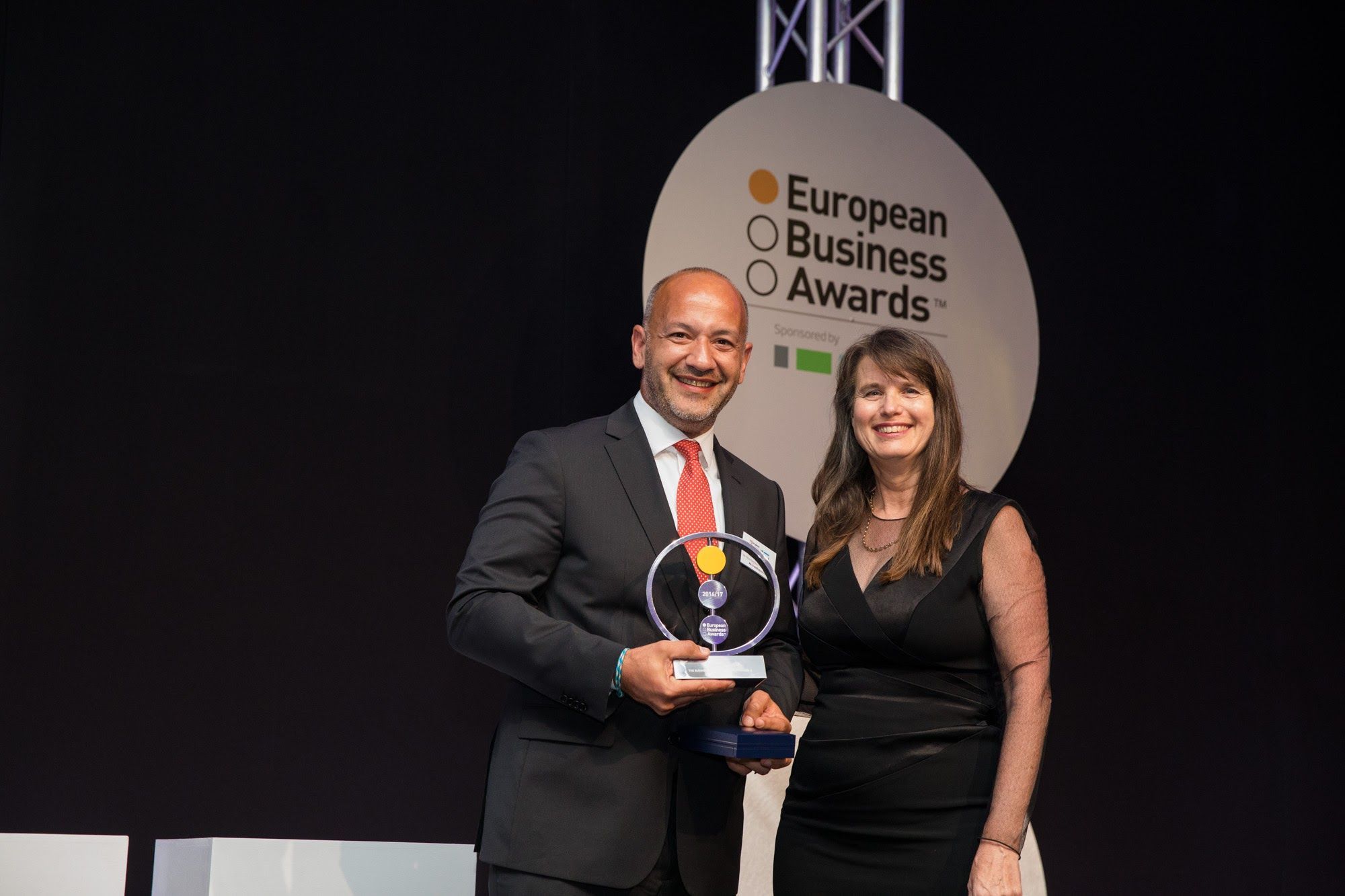 Katherine Corich presenting the award for the European Business of the Year, to Greek retail chain AB Vassilopoulos.

Katherine Corich was delighted to present a talk in the 100% Growth Conference, an event which preceded the Awards. Katherine used her session to focus on the importance of digital disruption. Disruption is a concept which is growing across the globe, in politics and in business. New business models are being created continuously, enabled by technologies that previously one could only dream about. Katherine emphasised that this change can be difficult to navigate for business, but explored paths that we can use to stay ahead of the game, in this dynamic environment.

The European Business Awards engaged with 33,000 businesses, with the voting period involving over 250,000 votes from the public across the continent. The platform promotes excellence in European Business, and highlights the opportunity that these businesses have, by uniting as a force for good. All EU member markets were represented in the competition plus Iceland, Turkey, Norway, Switzerland, Serbia and the Former Yugoslav Republic of Macedonia. Sysdoc congratulates all nominess, and winners of this year’s awards.