Sysdoc celebrates simpler, smarter ways of working. Founder and Chairman Katherine Corich has always found opportunities to simplify and optimise processes, starting with her first ever user guide manual which she wrote for IBM.

Katherine was working at the IBM computer centre in Wellington over her summer breaks while studying Linguistics. This was the 1980s, before the world wide web, and Katherine was an operator on the mainframe computers.

The computer centre was massive, taking up the entire ground floor of the IBM Centre on The Terrace in Wellington, New Zealand. Data was stored in huge cassettes as big as dinner plates, that were filed in massive moving Lundia cabinets. Katherine worked on IBM 3083 and IBM 3090 machines and learned to write in SGML, a programming language which formed the basis of what we now know as HTML and XML. 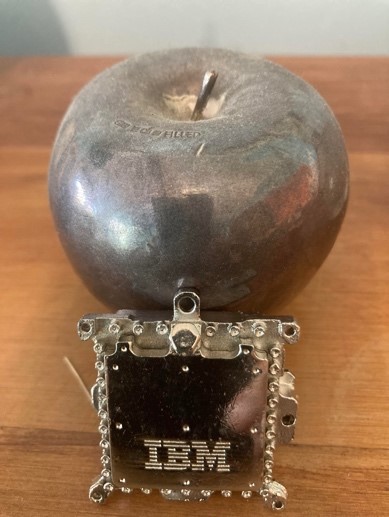 CAPTION: Part of a processing unit from IBM 3083 turned into jewellery.

Recognising that new staff needed better learning resources and guidance, Katherine suggested to her boss that they develop a User Guide. This would become the first user guide manual she wrote. 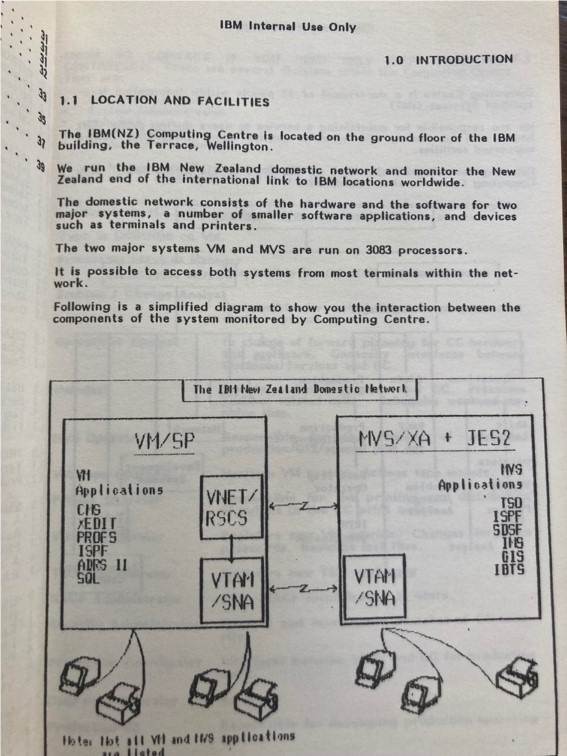 CAPTION: Part of a processing unit from IBM 3083 turned into jewellery.

It was these early days in IT that formed the deep understanding of data in which Sysdoc is grounded. Data-driven decision-making underpins all we do.

Katherine recalls she was one of just three females working in the computer centre in her first summer there. More women joined as IBM developed their Academy, with many going on to become leaders in global tech and business.

Geraldine McBride, Founder and CEO of MyWave AI, was part of IBM's 1985 graduate hire class. She described her time at IBM as "a defining moment in my career and life". "They seeded the IT industry with talent that to this day are either still at IBM or contributing to the Tech and Business sector somewhere in the world".

Helen Moynihan was also one of the graduate programme participants. Of her experience, she said "Six years into my IBM career, I had the opportunity to spend 12 months on a specially tailored management acceleration program based out of the regional HQ in Tokyo. I was exposed to experts from IBM's technical, scientific and business leadership who shared the future vision for the company and provided guidance and knowledge to our cohort of 6. We participated in forums led by Harvard Professors, Design Engineers from Mitsubishi and Toyota and thought leaders including many of the best business minds in the region at the time. It was a remarkable and unforgettable experience which shaped my thinking, fuelled my motivation and taught me the importance of grabbing every opportunity in front of you."

Jennifer Moxon, who became CEO of IBM in Australia and NZ, says “Over the course of my career I got to meet some great people and learn so many great things. As a trailblazer in the male dominated tech sector, I believe it’s vital to mentor other women which I do as an Alumni of Victoria University. I think we have an obligation to support, sponsor and develop women that are coming after us. For every door I open, I want to make sure that I’m keeping it open. It’s been a rich and full career path but there is one thing which I once wrote in a short letter to my younger self, I wrote ‘go for it’. One of the things that concerns me a lot is, especially young women in the organisation, if there is an opportunity and 10 requirements and they have eight, they’ll be like  ‘oh I can’t apply for that’. Whereas a man will say ‘I’ve got six, I’m going for it.’

Jenny went on to say “I worked with the same company for 3 decades, which is quite unusual now. The benefit of staying with one company is you know so many people. You get things done quickly because you know the business, you know how it works  and you know the people”.

IBM continued to influence Sysdoc’s journey through a partnership that spanned ten years and encompassed projects such as the privatisation of New Zealand’s telecommunications marketplace.

Along with the tech world, Katherine’s commitment to simple, smarter ways of working has grown. From a mainframe computer operator to a global tech leader, she remains excited and inspired by the constantly evolving landscape.